Birch Lake deploys intellectual and financial capital in stressed and transitional businesses by advising corporations and investors on mergers and acquisitions, financial restructurings and complex situations, and making structured equity investments where we can influence enhanced financial outcomes. 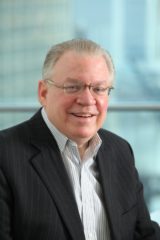 One of the most highly regarded dealmakers and thought leaders in the restructuring, corporate reorganization and M&A communities, Jack has been credited as one of the principal architects of restructuring solutions for dozens of companies across a diverse range of industries, including Delphi Corporation, Kmart Corporation, Masonite International, Inc., Per-Se Technologies, Inc., Rite Aid Corporation, Sprint Corporation, Warnaco Group, Inc., Xerox Corporation and on behalf of creditors in the American Airlines' reorganization and merger with US Airways Group, Inc. He co-founded the corporate restructuring practice at Skadden, Arps, Slate, Meagher & Flom LLP, where he was a practice leader for twenty-three years and previously served on the executive leadership team at Hilco Global. Jack’s recent transactions at Birch Lake include leadership of merchant banking relationships in the food, consumer electronics, legal tech and transportation industries, among others.

Jack is a member of the M&A Advisor Hall of Fame and the Turnaround, Restructuring and Distressed Investing Industry Hall of Fame. He is a recipient of the Ellis Island Medal of Honor, which is awarded to Americans who exemplify outstanding qualities in both their personal and professional lives. In 2016, Jack received the Harvey R. Miller Outstanding Achievement Award for Service to the Restructuring Industry and he and his family were honored with the Anti-Defamation League’s Jerold S. Solovy Freedom Award.  A founder and past chairman of the Turnaround Management Association, Jack has served in leadership positions for many other industry organizations, including the American Bankruptcy Institute, American Board of Certification, Commercial Finance Association and its Education Foundation, INSOL International and New York Institute of Credit. He is also a Fellow in the American College of Bankruptcy and International Insolvency Institute.

Jack received an A.B. from Princeton University and a J.D. from the University of Michigan Law School. In addition to serving in leadership positions with numerous civic and charitable organizations, he officiated high school and college football for many years and is a lifetime member of the American Football Coaches Association.